Hydrangeas! Why do they hate me? 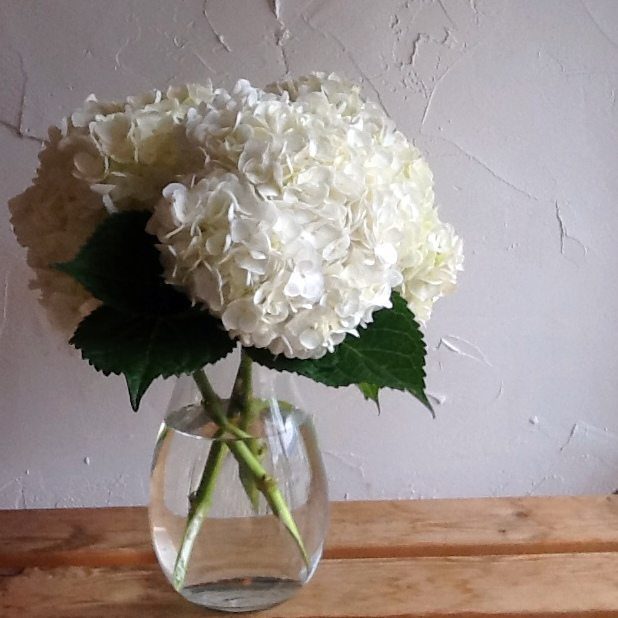 Hydrangea, the white fluffy marshmallow flower of which dreams are made, is one of the most popular blooms we carry. They are soft, elegant, look amazeballs on their own and can fill in a table centre piece like nobody’s business!

But they have a dark side… a sad, twisted, penchant for self-destruction.

“My hydrangea died after a day!” is one unfortunately common remark we hear regarding our little lamb-like lovelies. “I love hydrangea, but they never last!” is another.

But it’s not true! Hydrangea can be one of the longest lasting flowers you can get! They aren’t short-lived, they are just incredibly picky. 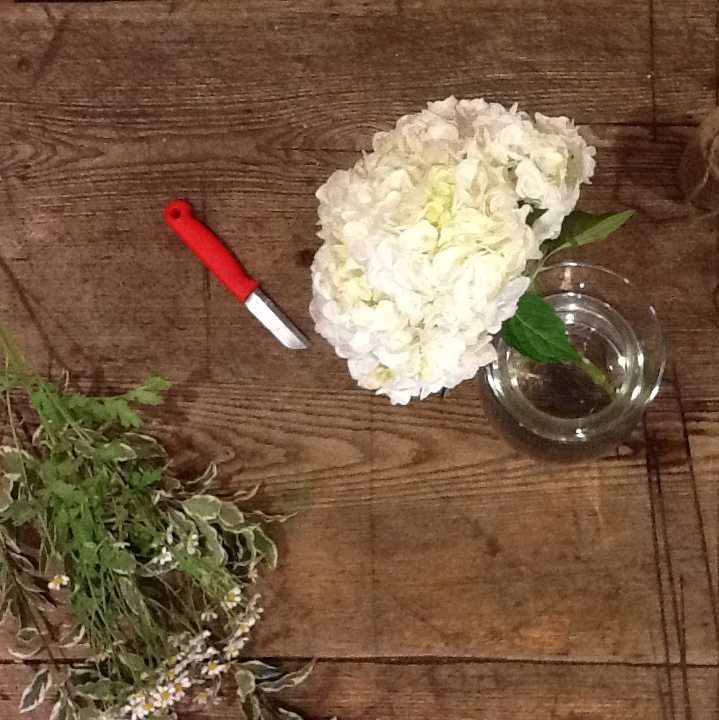 Hydrangeas really hate dirt! A dirty vase is a death sentence; same goes for the knife you use to cut it so always use freshly cleaned and well-rinsed equipment. And this, really, is the biggest thing you can do to help your hydrangea hang around: Always, always ALWAYS give hydrangea a fresh, looong cut with a straight, sharp knife. What do I mean by a long cut? Try to cut diagonally down the stem in a way that exposes about 2-3 inches of the white, pithy centre of the stem. Immediately after cutting the stem put it in nice hot water in your squeaky clean vase. Hot like taking a bath or washing dishes temperature. Stems need water to stay open to water flow. If you let a stem dry even for a minute between cutting and placing in water you’re limiting it’s ability to take up water.

As with all cut flowers you’ll want to clean the vase, change the water and give the stems a fresh cut every three days.

Sometimes we’ll suggest cutting other flowers with secateurs if you are uncomfortable with using a knife. The knife really is the best tool for all flowers (except thick woody things like apple branches which are too tough to cut through) but for hydrangeas especially we really want you to use a knife. Secateurs, especially the by-pass variety, are able to give most stems a nice sharp cut, but the action of the two blades compressing the stem can lead to crush damage. This can also cause a stem to drink poorly. It’s better than nothing, but don’t expect stellar results.

When we send flowers out of the store without a vase we’ll ask you if they’ll be out of water for more than an hour. Pretty much everything can last that long out of water without damage as long as they get a nice new cut of about an inch off the bottom and immediately placed into warm water. If, however, they will be out of water for a while we’ll put water tubes on the stems which can last about 6 hours. Getting water tubes does not mean you don’t have to re-cut the stems! In the event you can’t re-cut the stems, then going from water tube directly to vase is the better than no tubes because at least then they won’t dry out, but nothing beats a fresh cut.

If, by chance, you follow all these instructions and you find your hydrangea just really wants to eat it, there are ways to bring them back from the dead. First try repeating all the steps of properly cutting your stem and be sure to use HOT water. If he’s not bouncing back after an hour, fill the tub or a deep pan that’s long enough to hold the stem horizontally with hot water and submerge the stem after a new cut. Hydrangeas can actually take in water through their petals as well as their stems! Neat!

And if after all that the little bugger is still heading towards the light, just bring him in and we’ll give you another. They are after all a delicate, perishable thing and sometimes they just want to die.

Hopefully with this knowledge under your belt you can prevent that and have glorious white clouds adorning your house for weeks! Yes! I said weeks!